WLAC AM 1510 was the last chapter in Top 40 AM radio for Nashville. I worked at the station then, doing Saturday night midnight to 430am Sunday morning, keeping people awake over most of the country. According to a Rolling Stone article, WLAC AM was the most popular station in Cuba at night. We even got fan mail from Sweden. Here's the survey, click any pic to enlarge. Click here to hear the audio version. 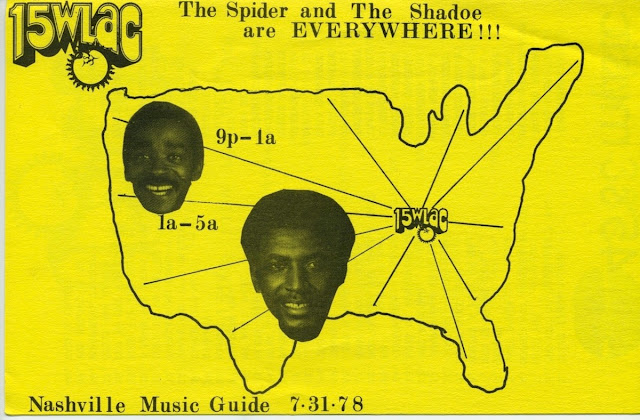 Spider Harrison and Shadoe Bailey were the two nighttime jocks on WLAC. Shadoe went on to Atlanta and Spider is now an actor, radio host, and record label owner. You can hear an aircheck of The Spider here. 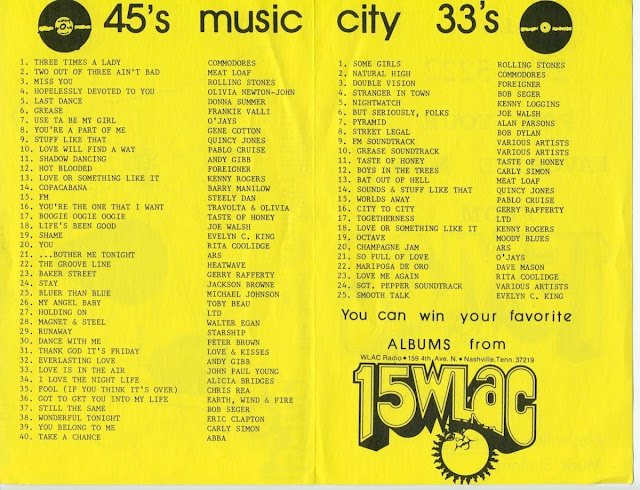 The music selection was as Top 40 as it got. It then went Top 30, with the #1 song being played every hour. Tough on the jocks but good for the ratings. The station also had an awesome news department, with legends like David Tower, Eddie Parker, and Paul Randall Dickerson. 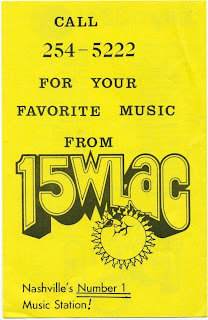 Posted by cranched at 7:23 PM No comments:

Another great find from Timmy. Click pics to enlarge. Audio version is here. 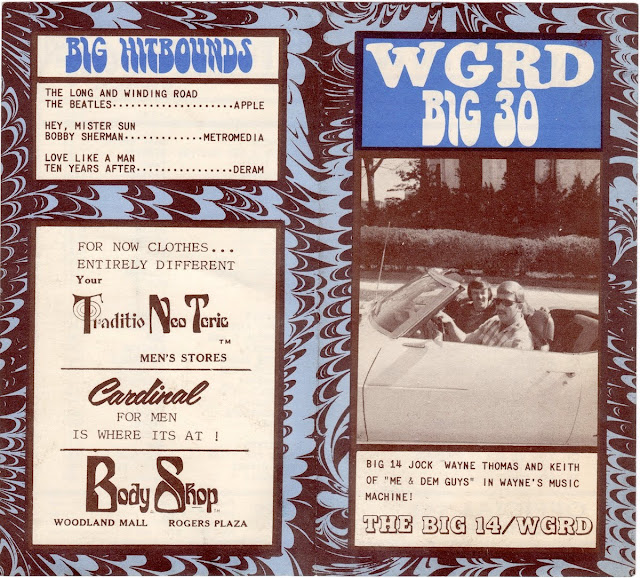 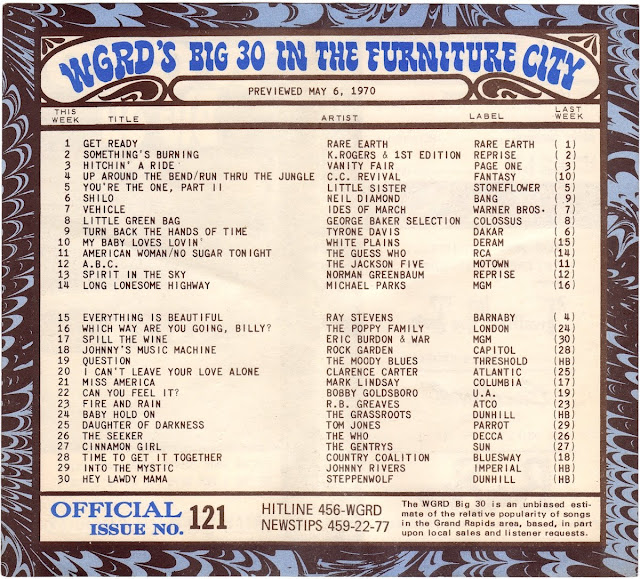